When facing serious criminal charges, the most important decision you will make is who you will hire to represent you. While your liberty is at stake, so is your reputation and standing in the community. It is imperative that you hire an intelligent, aggressive, and experienced attorney to fight for your rights and freedom. Attorney Dan Daly is a Springfield OUI lawyer who has been practicing law for over 15 years throughout various courts in Massachusetts and Washington, D.C.. Dan’s practice is dedicated to 100% Criminal Defense with a heavy emphasis on OUI/DUI/DWI and Traffic Offenses.

Experience matters when entering a courtroom to try a case and Dan’s experience is second-to-none. As a former prosecutor (Assistant District Attorney) in Suffolk and Hampden Counties as well as Washington, D.C. (Assistant Attorney General), Dan has been lead trial counsel in dozens of prosecutions. When factoring in Dan’s trial experience as a criminal defense attorney, he has been lead counsel in over 100 trials.

At Daly Law, P.C., we provide aggressive and professional legal representation for individuals accused or charged with any criminal offense or violation of law. Our Principal Attorney, Springfield criminal defense lawyer Dan Daly has zealously fought for individuals accused of crimes first beginning in law school at the nation’s premier clinical court program “D.C. Law Students in Court” and then as a criminal defense attorney in Washington, D.C. and Western MA. At Daly Law, P.C. we understand that a criminal record can wreak havoc on an individual’s professional and personal life. Some of the most common charges we defend are OUI DUI DWI and motor vehicle and traffic offenses, assault & battery and other violent crimes against a person, theft offenses and crimes against property, weapon offenses, and drug offenses (distribution, conspiracy, possession, and possession with intent to distribute).

Operating Under the Influence (Drug and/or Alcohol)

In Massachusetts, drunk driving cases are properly referred to as an OUI case, as opposed to some of the other common acronyms you may have heard: DUI, DWI, or even OWI. A person can be charged with operating under the influence of either alcohol or an illicit or prescription drug or medication. In some instances, the Government will proceed on a theory of both. A conviction for an OUI carries a possible jail sentence and/or fine. In addition to these criminal penalties, there is also a collateral consequence of loss of one’s driving privileges if convicted. Hire Springfield OUI lawyer Dan Daly to give you the best chance of being acquitted on this serious charge.

Some of the most common motor vehicle offenses we see are Leaving the Scene of Property Damage or Personal Injury. The Government bears the burden of establishing that sufficient property damage and/or injury resulted during the alleged accident. Most times these cases can turn on the issue of the Government being able to establish the identity of the driver at the time of fleeing the scene. If you are suspected of being involved in any crime, do not speak to the police and immediately invoke your right to counsel and contact a seasoned criminal defense attorney to invoke your rights.

Lesser motor vehicle charges such as Negligent Operation of a Motor Vehicle, Operating after a Suspended License, and Driving Without a License are also serious matters that must be defended zealously with the goal to keep your record free and clear of any conviction and well as your right to operate a motor vehicle with the Registry of Motor Vehicles (“RMV”) intact.

Assault & Battery and Crimes Against a Person

Generally speaking, an “Assault” is putting someone in fear of an imminent battery or of being struck, whereas a “Battery” is legally defined as an unlawful or unwanted touching. When a person is charged with Assault and Battery (“A&B”), they are usually accused of striking or hitting a person during some sort of physical altercation. While a straight or simple “A&B” is a misdemeanor, if it takes place with a dangerous weapon or if a significant injury results, the case can be charged as a felony.

Theft Offenses and Other Crimes Against Property

Some of the most common property crimes involve Breaking and Entering (“B&E”), Thefts, and Larceny of Motor Vehicles. B&Es and Thefts can be charged as either a misdemeanor or a felony whereas a Larceny of a Motor Vehicle is a felony that must be fought at all costs to avoid a conviction. Often times, these charges can be “negotiated down” to misdemeanors, however there a many defenses that can be successfully raised to defense these charges at trial depending on the facts of each individual case.

Possession of certain “weapons” can be charged as either misdemeanors or felonies depending on what the item is, and where it is located. Regardless of what type of crime is charged, the most important aspect in defending these types of cases is focused on the legal definition of “possession.” Possession can be shown to be actual, joint, or constructive. In order to properly defend against these cases, it is critical that the defense negate the elements of each theory of possession.

Much like charges involving a weapon, drug offenses often turn on the legal definition of “possession.” In cases involving an “intent to distribute,” litigation is focused on facts that the Government – often mistakenly – believes show a plan to distribute a controlled substance. Many times these cases can be defended by showing the lack of an intent to distribute, effectively knocking the case down to simple possession which is a misdemeanor.

Daly Law, P.C. is located at 1380 Main Street, Suite 407, Springfield, MA 01103 in the heart of downtown Springfield (directly behind City Hall and above Nadir’s Mediterranean Restaurant & Grill). The office is handicap accessible and conveniently located to the nearby Hampden County Hall of Justice and public transportation.

If you are seeking a confident, fearless, smart, and trustworthy lawyer to fight for you and protect your rights, contact Daly Law, P.C. now for a free and confidential consultation and case evaluation. Dan is a Springfield OUI lawyer ready and willing to defend you on any criminal charge. 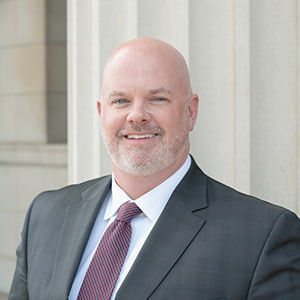 END_OF_DOCUMENT_TOKEN_TO_BE_REPLACED
Client Reviews
★★★★★
Overall great service! Was easy to communicate with. Professional knows what he is talking about and got me off with nothing case dismissed. Call Dan Daly. Thanks again. Steven O'Brien
★★★★★
I had the pleasure of being represented by Attorney Daly. He is very knowledgeable and confident in his abilities to achieve the best outcome for his clients. He is very well spoken. I will gladly recommend his services to anyone in need of help with their legal matters. John Breton
★★★★★
I’d definitely hire Daly Law again and have already recommended Daniel to my family and friends. He did a fantastic job handling my case.” Taylor G.
★★★★★
Attorney Daniel Daly is a lawyer’s lawyer - literally. His knowledge, integrity, and sheer determination to deliver for his clients is what sets him apart from other lawyers. When you need legal representation you want someone you can trust who will work hard on your behalf and that is just what you get with Dan. I can’t recommend him enough. BD O’Brien
★★★★★
5 stars…Dan was excellent every step of the way. His communication was great and he really knows what he’s doing. Highly recommend! Mike T.
View More
Submit a Law Firm Client Review
Media Mentions